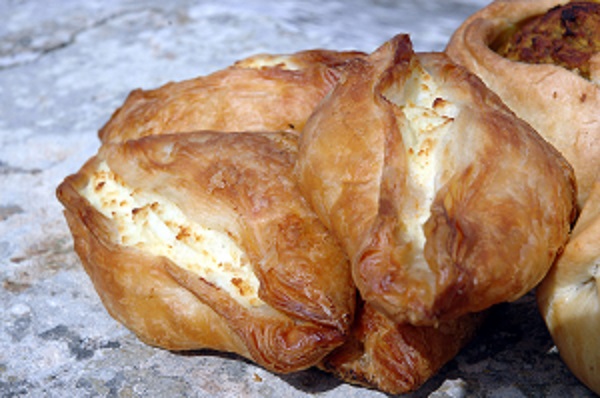 Maltese cuisine is a delicious Mediterranean mélange of treats, with flavours inspired by nearby Sicily and North Africa. You can’t come to Malta without trying the unique delicacy of Pastizzi. These are savoury pastries, normally round or diamond shaped and filled with creamy ricotta or mushy peas. Due to the popularity of pastizzi, the word has also found itself used colloquially in the Maltese language with other meanings, and sometimes is used to describe someone as an idiot.

It couldn’t be easier to find delicious pastizzi during your stay, the so-called best pastizzi in Malta can be fou 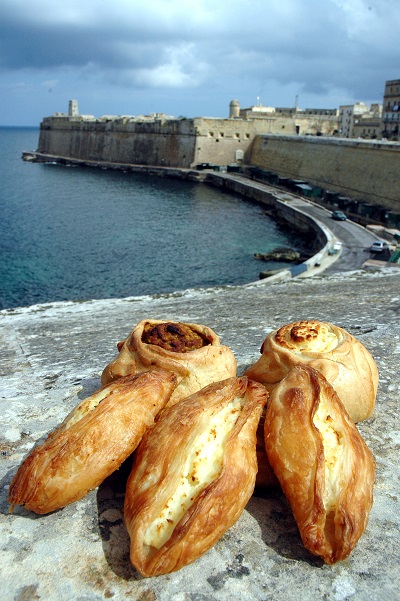 nd just 50 metres away from the house. And at around 30 cents a pastizz, you can afford to try a few just to make sure it deserves its accolade! Crystal Palace is tucked away on Triq San Pawl and might be missed if you don’t know what you’re looking for. It’s one of the few places that still hand-makes their pastizzi and has been in the same family ownership for years. This traditional bar has been around for over 100 years, but its name only dates back about 60 years. The seemingly un-Maltese name comes from their attempt to create a familiarity with the British troops who were frequent visitors whilst stationed on Malta.

Crystal Palace is hardly ever closed so you don’t need to worry about missing out. Initially it was open all night to accommodate the British troops, but even after they left they stuck to those time. You’ll find all types of people visiting; night-shift workers, all-night taxis, party-lovers, pre-work professionals, tourists and church-goers. You’ll fit in whoever you are and wherever you’re from.

It’s easy to find. Head left on Labini, and at the bottom of the road head left onto Karrijiet. When you reach the end of the road you’ll see Crystal Palace over the road. Literally round the corner so you’ve got no excuse not to visit!

Tweet
More in this category: « Romance Tips from no.2 Labini The Blue Grotto »
back to top
€114
Per Night